Posted on November 4, 2016 by Art for Housewives 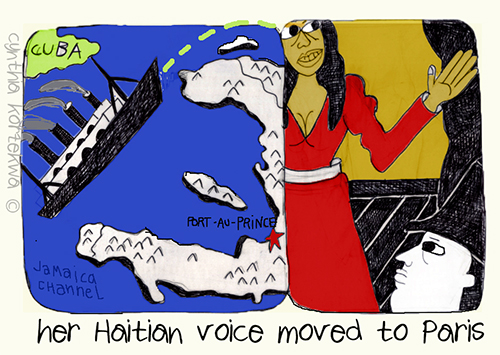 Born in Haiti, Jeanne Duval moved to Paris in her early 20s. Dark and exotic, she work in theaters and cabarets and fascinated men with her raw sexuality. For awhile Jeanne was lovers with the photographer Nadar. But it was Baudelaire who became a permanent fixture in her life.  The poet immediately fell in love with Jeanne while watching one of her shows.  Dressed in a long red dress, Jeanne was singing risqué songs with vibrations Baudelaire couldn’t resist. Not only was this the beginning of a relationship that would last more than 20 years, it was also the beginning of Baudelaire’s fame as a poet.  Because it was Jeanne who inspired his Les Fleurs du Mal, those evil flowers that kept Baudelaire awake at night walking around  Paris looking for spleen. Like Poe and the gargoyles, Baudelaire liked the grotesque. 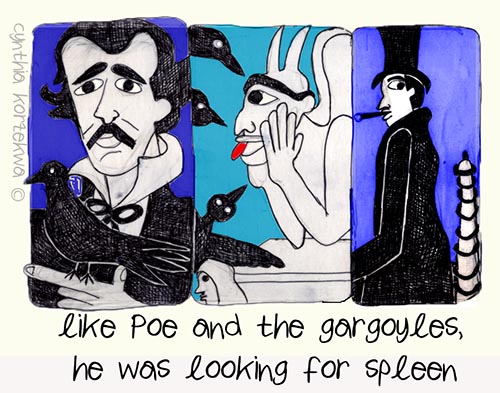 Baudelaire was quite quirky. For example, he compulsively washed his hands and always wore a pair of light pink gloves for extra protection. 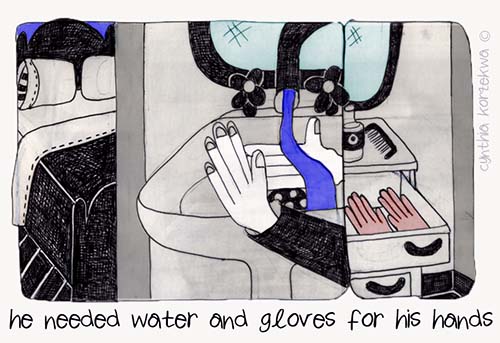 For Baudelaire, women were a promise of pleasure and an invitation to happiness. And, above all, a means of combating boredom, L’ennui,  because women gave you something to do. Like suffer and despair. Or write naughty poetry. 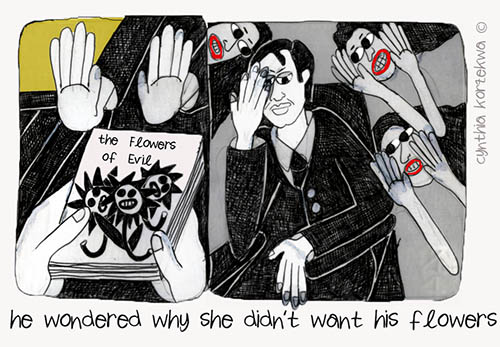 Baudelaire wrote several poems inspired by Jeanne (sometimes referred to as the Black Venus poems) such as “Les serpent que danse”, “Les Bijoux”, “Parfum exotique”, and “Le vampire” where he says having sex with Jeanne was like being bitten by a vampire—both left one powerless. Baudelaire seemed to have suffered from the Vagina Dentata Syndrome. In his poems, he had her dance like a snake (even though snakes don’t dance), dress only in jewelry, and smell like tamarind. Eroticism let him transcend the nothingness of his daily life. 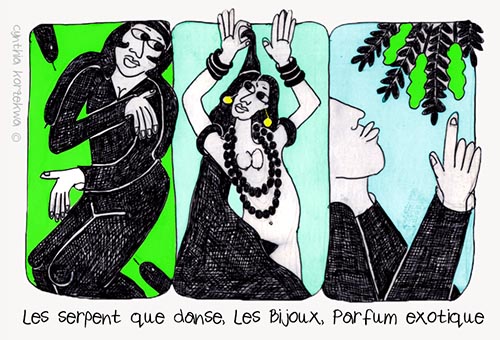 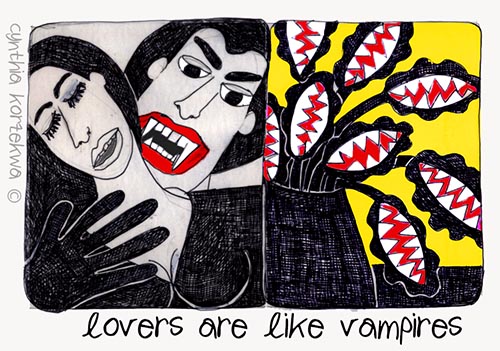 Famous is his letter about Jeanne’s La chevelure.  Baudelaire says her hair contains a dream filled with sails and masts. And every time Baudelaire sees her long black braids, he wants to bite them. 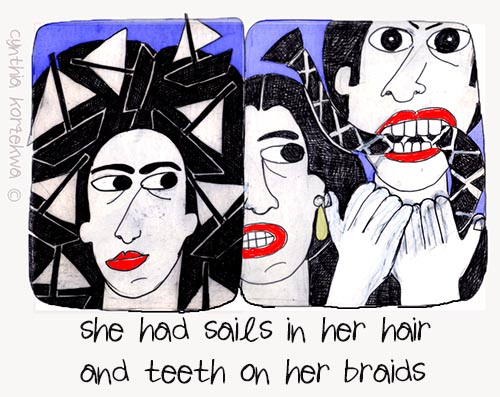 Baudelaire was friends with Courbet. In The Painter’s Studio, Courbet portrays Baudelaire sitting by the door reading and Jeanne standing not far from the door. During one of Jeanne’s and Baudelaire’s many separations, the poet asked the painter to cancel his presence in the painting.  Not even on canvas did Baudelaire want to be near Jeanne. Courbet obliged but Jeanne must have used some voodoo magic because, years later, Baudelaire’s image resurfaced. 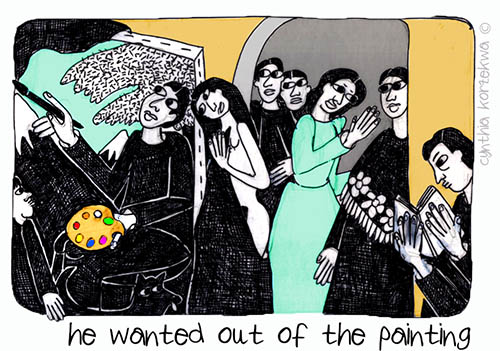 Baudelaire was also friends with Edouard Manet and the two often took walks together at the Tuileries. Manet agreed to paint a portrait of Jeanne, already sick with syphilis and half-paralyzed. She wears a stiff crinoline which dominates the painting.  Baudelaire was not impressed. 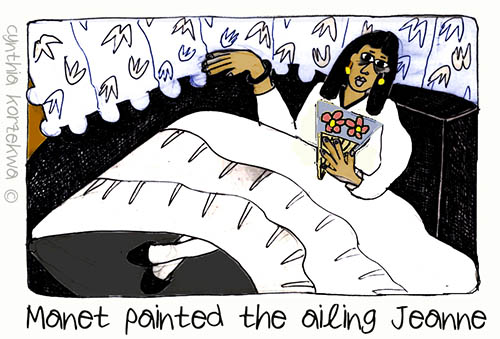 Even though he appreciated Manet’s taste for modern reality and his vivid imagination, Baudelaire was fixated with Delacroix. When Manet’s Le déjuner sur herbe was rejected by the Salon, Baudelaire, writing as an art critic, showed no solidarity towards his friend.  Baudelaire’s conscious must have bothered him because on his deathbed he called out “Manet, Manet” a short time before his death. 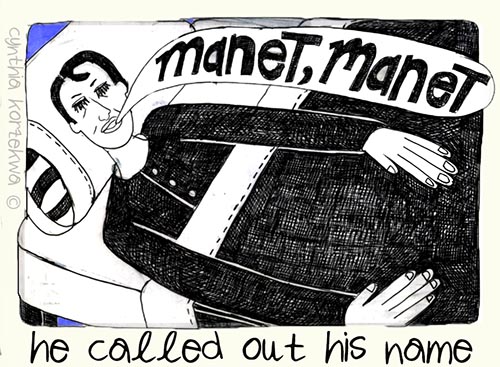 [from The Diary of Luz Corazzini]

At the end of 1855, Baudelaire and Jeanne lived together in the area of Boulevard du Temple at 18, rue d’Angouleme 23, Paris.

The portrait of Jeanne by Manet was painted at Manet’s studio at 8, rue Médéric (formerly Guyot), Paris.

Courbet’s The Painter’s Studio is at the Musée d’Orsay, Paris.

Baudelaire and the Arts

Zappel, Chelsea.  “Reconceptualizing the Past: Exploring the Material Realities in Angela Carter’s Black Venus”. Senior Paper For a Degree Bachelor of Arts with A Major in Literature at  The University of North Carolina at Asheville. Fall 2013.  Retrieved from internet 30/10/2106 http://toto.lib.unca.edu/sr_papers/literature_sr/srliterature_2013/zappel_chelsea.pdf