Change the World by Reading

Posted on November 9, 2019 by Art for Housewives 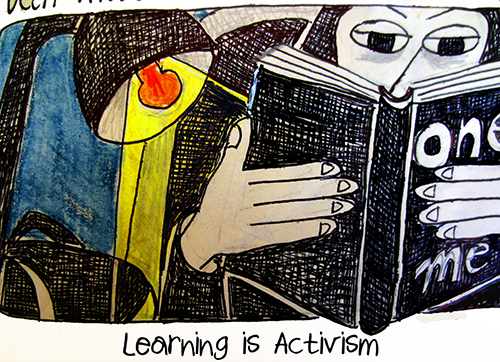 The list of books below is quite long. However, I’m using this page as a “bookmark” for myself. To avoid buying books and to avoid using Amazon, I took the books listed on my Amazon Wishlist  and searched for them on Archive.Org. And those I found on Archive are listed below. Considering that the books are provided free of charge, it is quite a savings. My Kobo died and instead of buying a new one, I invested in a tablet that costs basically the same so I can easily read the books listed below.

“…the realignment of the synapses that occurs every time we pick up a good book and start reading.” Andy Miller

the october horse by colleen mccullough

An admirable woman by Cohen, Arthur A

the roman spring of mrs. jones by tennesse williams

beyond black by hillary manntel

THE HANDMAID’S TALE by margaret Atwood

THE END OF THE AFFAIR by Graham Greene

THE SEA THE SEA by Iris Murdoch

The future of nostalgia byBoym, Svetlana

THE GOLDEN NOTEBOOK by doris lessing

THE LITTLE STRANGER by sarah waters

a memory of violets by hazel gaynor

The Fountain of St. James Court; or, Portrait of the Artist as an Old Woman: A Novel by Sena Jeter Naslund

THE HEART IS A LONEY HUNTER by Carson McCullers

THE PORTRAIT OF A LADY by henry james
MY MAN JEEVES by p g wodehouse
THE WICKED DAY by Mary Stewart
madame will you talk? by mary stewart
THE POWER OF THE DOG, Thomas Savage
Evan S. Connell’s Mrs Bridge
SHORT STORIES:
the collected stories of katherine anne porter
the best stories by anton chechof
the novellas of martha gellhorn
The Little Disturbances of Man by Grace PALEY

Mistress to an Age, the life of Madame De Stael by J. Christopher Herold

Liszt: the artist as romantic hero

Love in the Promised Land : the story of Anzia Yezierska and John Dewey by Dearborn, Mary V

Had She but Known: A Biography of Mary Roberts Rinehart by Charlotte MacLeod

kay boyle, author of herself by joan mellen

Katherine Anne Porter : the life of an artist by Unrue, Darlene Harbour

the truth about lou (Andreas-Salome) by angela von de lipper

Everybody was so young : Gerald and Sara Murphy, a lost generation love story
by Vaill, Amanda
Covarrubias by Williams, Adriana

Misia: The Life of Misia Sert

THE AUTOBIOGRAPHY OF ALICE B TOKLAS by gertrude stein

The 100 most influential women of all time : a ranking past and present by Felder, Deborah G

Inventing the truth : the art and craft of memoir by Baker, Russell

WRITING DOWN THE BONES  Natalie Goldberg

ZEN IN THE ART OF WRITING  ray bradbury

OFF THE PAGE by carole burns

The writing life by Dillard, Annie

On writing : a memoir of the craft by King, Stephen,
Your life as story : writing the new autobiography by Rainer, Tristine
THE CAREER NOVELIST donald maass
Between You & Me: Confessions of a Comma Queen, mary norris

Bobbie Ann Mason : a study of the short fiction by albert wilheim

MYSTERY WRITERS AND THEIR NOVELS:

The most beautiful walk in the world : a pedestrian in Paris by Baxter, John

Perseus in the Wind by Freya Stark

(about Paris) Hemingway’s A MOVEABLE FEAST

Dorothy, and Other Italian Stories by constance fenimore woolson

Art that heals : the image as medicine in Ethiopia by Mercier, Jacques

The Art Instinct by Denis Dutton

Vision and Art: The Biology of Seeing by Margaret Livingstone,

John Ruskin and Effie Gray: The story of John Ruskin, Effie Gray and John Everett Millais, told for the first time in their unpublished letters

from the beast to the blonde, about fairy tales and their tellers by marina warner

Dancing in the Dark by Caryl Phillips

The Ziegfeld Follies by marjorie farnsworth

a fire in the mind, life of joseph campbell by stephen and robin larsen

myths to live by by joseph campbell

a companion to the victoria novel by brantlinger and thesing

The seduction of Mrs.Pendlebury  by Margaret Forster

Across an untried sea : discovering lives hidden in the shadow of convention and time (includes charlotte cushman) by Markus, Julia

Inventing herself : claiming a feminist intellectual heritage by Showalter, Elaine

one hundred names for love by diane ackermann

green thoughts, a writer in the garden by eleanor perenyi

The poet and the murderer : a true story of literary crime and the art of forgery

by Worrall, Simon
The long-winded lady; notes from the New Yorker by Brennan, Maeve

A secret symmetry: Sabina Spielrein between Jung and Freud by aldo carotenuto

a time to be born by dawn powell

Maximillien De Lafayette  and the occult
women who made a difference

dragging down heaven
jesus the magician, morton smith
tear this heart out by angela mastretta
edible wild plants
THE DIARY OF A NOBODY by the Grossmith brother
ABSoLUTE BEGINNERS by Colin MacInnes
Turgenev byTroyat, Henri
FATHERS AND SONS by ivan turgenev

ON BEAUTY by zadie smith
JUST AS I THOUGHT BY gRACE pALEY
THE BRAIN THAT CHANGES ITSELF by Norman Doidge
WOMEN AND WAR:
SOME GIRLS, SOME HATS, AND HITLER, Trudi Kanter
All quiet on the western frontby Remarque, Erich Maria
Erich Maria Remarque: the last romantic by Tims, Hilton
-30-

The Storyteller....
View all posts by Art for Housewives →
This entry was posted in Books, Drawings & Paintings, Graphic writings and tagged activism, Archive.org, drawings, graphic novels. Bookmark the permalink.