A spiral is a curved line that starts from within then moves out. It is one of the oldest symbols dating back as far as the Neolithic period.

The spiral, associated with the life force, is often considered a female symbol reflecting the womb and fertility.

Coiled snakes are spirals, too, and thus often related to goddess cults. 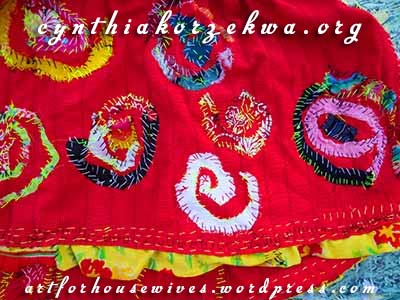 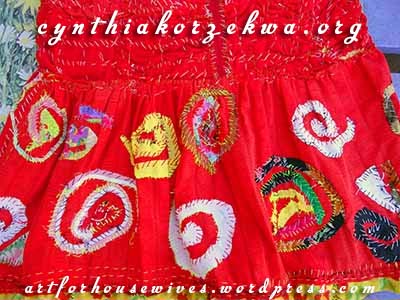 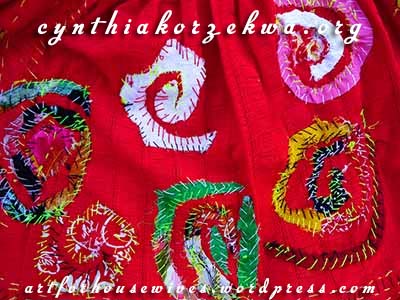 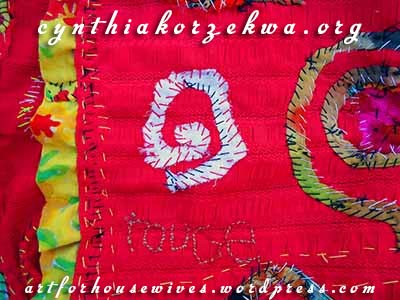 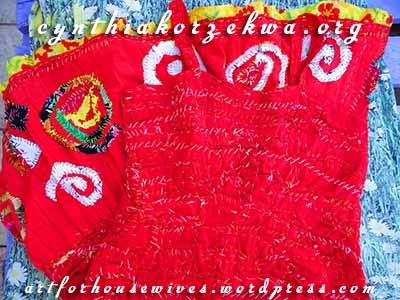 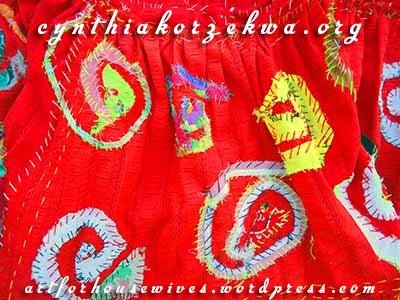 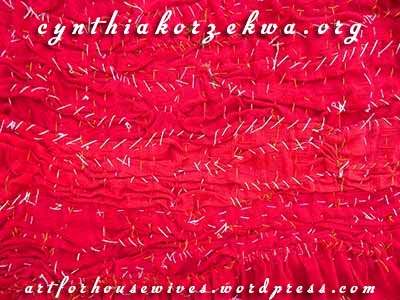 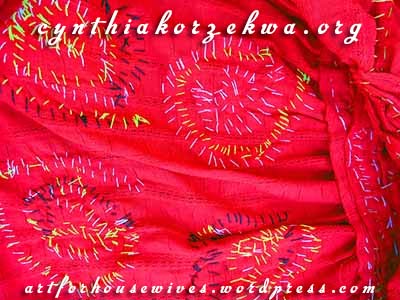 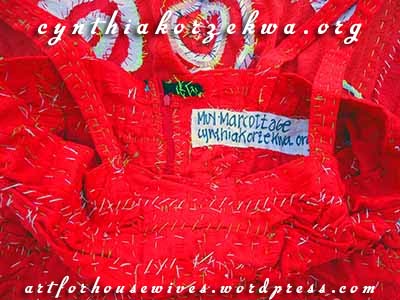 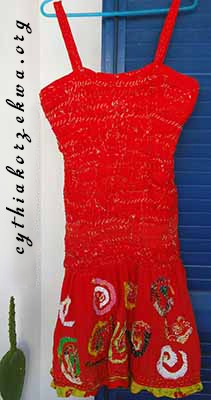 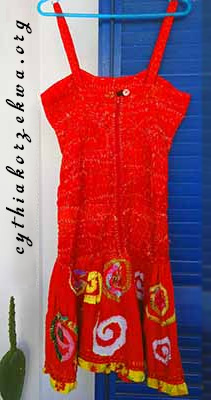 The above Muy Marcottage dress is named “Rouge” because it was made from a red fabric (probably once curtains) that looks like sangallo (eyelet). It has thin straps and is body hugging until the buttocks where it then is attached to a gathered skirt of the same fabric.  It is completely handsewn into place with white thread and has a zipper in the back. The skirt, trimmed  with a yellow print, is covered with spirals made from fabric scraps.

The Storyteller....
View all posts by Art for Housewives →
This entry was posted in Muy Marcottage and tagged Arabesque design, Female symbols, Rouge dress, Spirals. Bookmark the permalink.