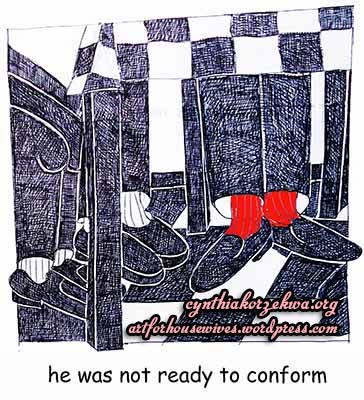 Some time back, my mom sent me one of her books, The Reader by Bernhard Schlink. Set in Germany, it’s the story of an adolescent male, Michael, who has an affair with an older woman, Hanna. Years later, Michel learns that Hanna, before being his lover, had been a guard in a Nazi concentration camp and was now being tried for her crimes. Much of the book focuses on the concept of guilt but The Reader presents another idea much more intriguing — that of numbness.

At Hanna’s trial, Michael observes that those who spasmodically attend the trial  are always horrified at what they hear. But, attending every day, he risponds differently:

«It was like being a prisoner in the death camps who survives month after month and becomes accustomed to the life, while he registers with an objective eye the horror of the new arrivals: registers it with the same numbness that he brings to the murders and deaths themselves. All survivor literature talks about this numbness, in which life’s functions are reduced to a minimum, behaviour becomes completely selfish and indifferent to others, and gassing and burning  are everyday occurrences. In the rare accounts by perpetrators, too, the gas chambers and ovens become ordinary scenery, the perpetrators reduced to their few functions and exhibiting a mental paralysis and indifference, a dullness that makes them seem drugged or drunk».

And how many of us have conformed to a certain kind of lifestyle to the point that we no longer know how to consciously evalute it. Because conformity numbs your perception.

Hanna’s true crime was that of being a conformist. And, like all conformists, she was just “obeying orders”. In 1944, SS Captain Erich Priebke ordered the shooting of 335 Italians in the Ardeatine Caves. The victims were males ageing from 14 to 75  and were considered, said Priebke, terrorists. Fifty years later, Priebke was tried for this crime in Rome. He admitted to having ordered these men’s death but was found not guility for the reason that he had acted under orders. Eventually this verdict was appealed and Priebke was sentenced to house arrest for life. In fact, just the other day, Priebke celebrated his 100th birthday at his home in Rome. Champagne included. 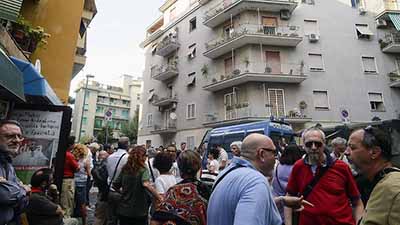 It’s easy to condemn Hanna and Prebke for their crimes. But what puzzles me is this: how was it possible for an entire nation to follow Hitler in his madness? Ok, so we know that WWI destroyed the German economy and that Hitler was charismatic and told the people what they wanted to hear and blah blah blah. But is that all it takes? Why were the people so ready to conform? And when was it that the numbness began — a numbness that obliterates compassion. And the concept of “fellowman”. The numbness that makes you ignore the needs of other just so you can obsessively focus on yourself. Yet when you look at yourself in the mirror, you are too numb to see how you really are.

The book is called The Reader in reference to Michael who reads to Hanna not knowing, at the time, that she was illiterate. And it was this illiteracy that caused her so many problems. For illiteracy makes you dependent upon others. But Hanna’s true illiteracy had nothing to do with reading and writing as much as it had to do with ethics. Ethically uneducated, she conformed because conformity is allowing others to think for you instead of doing the thinking for yourself. And that’s when the numbness sets in.

Is numbness the current epidemic?

The Storyteller....
View all posts by Art for Housewives →
This entry was posted in Ecofeminism and tagged Bernhard Schlink, Erich Priebke, Numbness, The Reader. Bookmark the permalink.

6 Responses to The Numbness