Is art a necessity?

Mandy Prowse recently posted on Facebook a link from one of my favorite blogs, MESSY NESSY CHIC, entitled The African Village where every House is a work of Art. The article evolves around Rita Willeart’s fotos of painted houses found in the village of Tiébélé (Burkino Faso). The houses are simple mud brick structures covered with geometric patterns made using clay paints and simple etchings .

Burkino Faso is one of the poorest countries in the world.  Nevertheless, the Kassena people see painting their walls as a priority. Wall decorating is done esclusively by the women and they’ve been doing it for centuries. Using their hands and chicken feathers to apply the paint, symbolic motifs are created before covering the walls with a varnish made from locust bean trees.

So after reading the article and gooing over the fotos, the question that came to my mind was:  Is art a necessity?

Humans have felt the need to create since Neanderthal times as documented by the Cave paintings of Nerja created some 43,000 years ago–quite a surprise for academics who’d assumed that Neanderthals were not capable of using their brains for abstract thought.

And what about the 100,000 year old paint kits found in a South African cave?

Why has man always felt the need to create?  In other words, why make art?

100,000-year-old abalone shell that served as a toolkit for ochre paints

Obviously, the reasons for creating “art” have evolved since the time of the cave paintings.  Today art often seems little more than a commodity that can lead to “success” and money.  However, once upon a time, the act of creation had a certain kind of sacredness to it—a sacredness based on the importance of life itself.  Take the Venus of Willendorf, for example.  She’s a tiny little statue with no facial features but big breasts and a fat belly—certainly not a reflection of today’s conventional beauty standards.  However, in a time when food was not easily available at a local grocery store, a fat belly was revered as it signified an abundance of food.  And big breasts had nothing to do with porno dreams but, instead, indicated another kind of desire—that of successful reproduction. Life and its venerableness  was the real subject matter.

Then there’s the role of the artist to consider. Andrei Tarkovsky made a poetic film about the Russian icon painter, Andrei Rublev (1300s), that provides a good example. At the time, there was little room for artistic license if you wanted to be a painter of Eastern Orthodox icons.  The icons were to represent images symbolic of something that went way beyond man’s need to express his individuality.  So important was his role that the artist, to protect the icon from contamination, was expected to enact certain rituals of purification before painting. The making of an icon was not to be taken lightly as it offered the observer a bridge linking him, the profane, to the sacred. 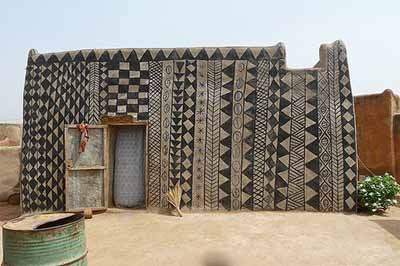 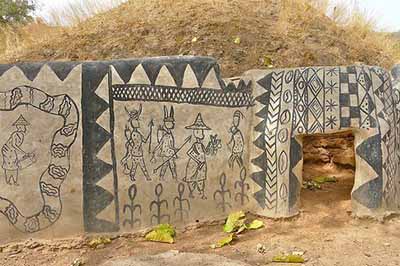 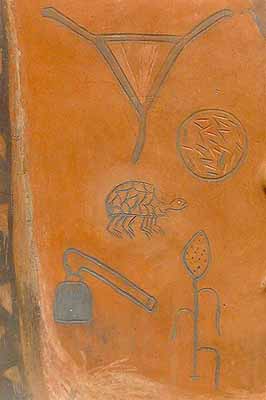 The home as canvas…Below are fotos by Margaret Courtney-Clarke taken of the Ndebele women painted their homes. 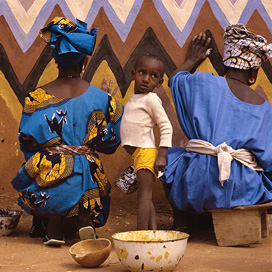 And thanks to Luci Fair for relevant links such as African Canvas: The Art of West African Women book

LITEMA,The mural Art of the Basotho + Litema, It is a tradition where women decorate a house after the men have finished building the house + Litema mural art video

book African Painted Houses: Basotho Dwellings of Southern Africa by Gary N. van Wyk…the Basotho women pray to their ancestors for rain by painting geometric murals on their homes and  “If the prayers are successful the rains arrive and wash away the paintings.”

The Storyteller....
View all posts by Art for Housewives →
This entry was posted in Ecofeminism and tagged African Painted Houses, art as necessity, Burkino Faso, margaret-courtney-clarke, Rita Willeart, Tiébélé. Bookmark the permalink.

4 Responses to Is art a necessity?