And other artists, such as Jean-Michel Basquiat, have such a drive to create that they will painting on anything and everything that comes their way.

Basquiat is now known internationally and one of his paintings can sell for up to $35 million. However, this unique artist was once homeless and often slept in a cardboard box.

Then, around 1979, he met Alexis Adler, a 22 yr old woman from Seattle transplanted to NYC. Eventually Basquiat and Alexis began living together in a cheap apartment on East 12th St. There Basquiat painted every surface possible including a gold lamé coat Alexis had gotten from a thrift shop. The couple lived together for a year before splitting. Alexis continued to live in the Basquiat painted apartment but now, 35 years later, Alexis has decided to auction off her Basquiatian past.

Adler shows off the coat she bought, only to have Basquiat paint it that night.Photo: NY Post: Anne Wermiel 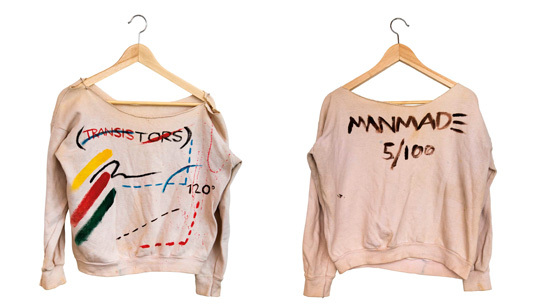 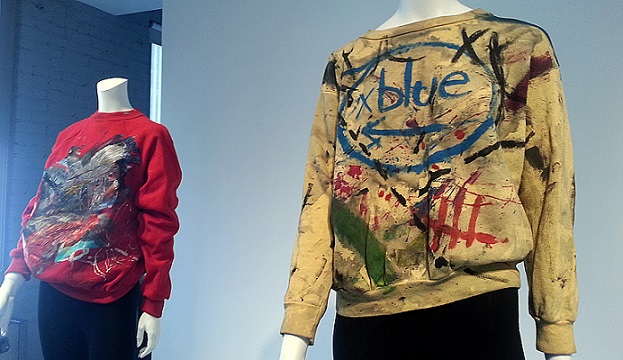 Supreme and the Basquiat Estate collaborating on  two oxford shirts, a long sleeve tee, a few short sleeves, a hoodie, and a M-65 Cassius Clay jacket. via

door painted by Basquiat via 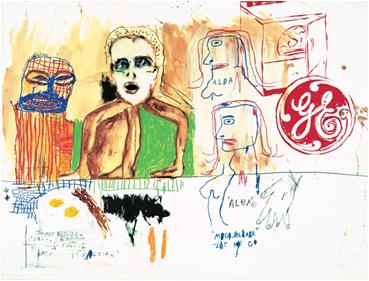 The Storyteller....
View all posts by Art for Housewives →
This entry was posted in Drawings & Paintings, Living With Less, People and tagged Alexis Adler, Jean-Michel Basquiat, painted clothes. Bookmark the permalink.