The Mexican Revolution was not just about Mexico. It was also about other countries that got involved for political aka economical reasons.

Paul von Hintze studied at the Naval Academy which eventually led to his becoming an admiral in the German navy. But he also had much social swag and a manipulative empathy.  This made him perfect for a diplomatic career.  That’s why Emperor Wilhelm II appointed him as German Ambassador in Mexico in 1911.  A year before, the Mexican Revolution had begun as a protest against Porfirio Diaz’ dictatorship. Once in Mexico, von Hintze immediately created a network of secret agents and pushed the sale of German-made arms. 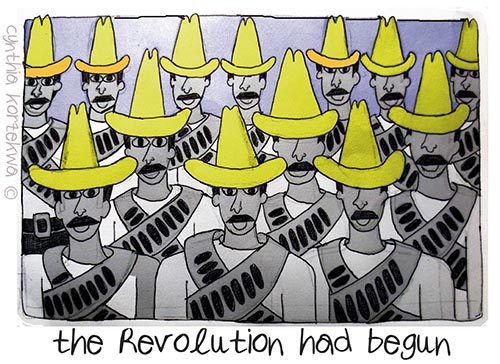 During a revolution, people die.  Soon after von Hintze’s arrival, a group of insurgents passed by the town of Covadonga. Shots were fired at them and they responded with more gunfire resulting in the death of four German citizens. Von Hintze demanded that these insurgents be caught.  He was unrelentless and the killers were finally captured and executed in front of him.  Furthermore, von Hintze insisted that the Mexican government (now under Francisco Madero) pay a colossal sum to the Germans as a form of restitution. 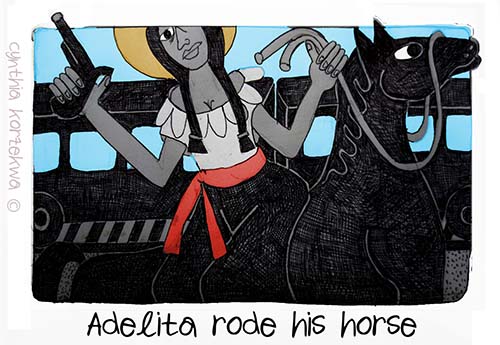 One of the most popular songs in Mexico at this time was La Adelita. Adelita represents those women who considered themselves soldiers in the revolution and were prepared to shoot at the enemy, too.  She represents those women who chose to be protagonists and fight for their rights instead of passively letting others nullify their existence.  It is Adelita’s bravery that makes her beautiful.

Von Hintze continued to participate in Mexican politics often interfering with revolts. When General Huerta effected a coup, Madero was arrested. Von Hintze tried to secure Madero’s safe conduct out of Mexico but was unsuccessful and Madero was executed.

Politics is about subterfuge.

It’s said that the spirit of Montezuma, Emperor of Mexico until the Spaniards arrived, still curses the presence of foreigners and has his revenge by inflicting them with bacterial diarrhea.  Although capable of executing revolutionaries, von Hintze was impotent in front of  Montezuma’s Revenge. The problem was so severe that he went back to Germany to be cured. When he returned to Mexico, von Hintze found Huerta a self-proclaimed president whose main ability was that of creating chaos.  Von Hintze said that Huerta was so unprepared that he promoted waiters to generals.  Huerta created a regime of terror and was so despised by the people that he was given the nickname El Chacal (the jackal). Pancho Villa and Alvaro Obregon defeated Huerta’s troops forcing him to resign.

In 1914, Huerta went into exile and von Hinzte left for a new diplomatic gig in China. Changes were going on in Germany, too. And, after the conservative chancellor Georg von Hertling was forced to resign, von Hintze’s career mellowed out. For a while he was president of the Society for Germanic Culture in Foreign Countries.  Then he went to live in Austria and travelled before dying in Merano, Italy.  He’s buried in the Verano Monumental Cemetery.

Note:  the title of this post is based on two songs.  One, La Adelita, as mentioned above and the other, Die Lorelei, a German folk song written in 1801 by Clemens Brentano.  But, in 1824, the words were re-written by Heinrich Heine to describe a siren who lived on the Lorelei and distracted sailors with her song and her beauty causing them to crash on the rocks.

The Storyteller....
View all posts by Art for Housewives →
This entry was posted in Verano Monumental Cemetery and tagged Mexican Revolution, Paul von Hintze. Bookmark the permalink.

1 Response to “Adelita or Die Lorelei?”