When love leaves without you

This morning I had the radio on full blast. Bruce was singing “ nobody knows honey where love goes but when it goes it’s gone gone “.  Sofia no doubt would have agreed. 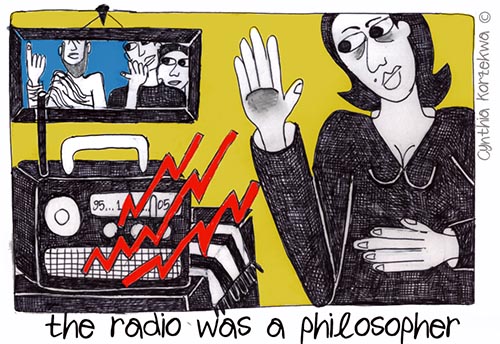 Sofia Tolstoy (1844-1919) was just a babe in the woods when she met Leo Tolstoj.  He was ambitious, she was romanitic.  When they married Sofia was only 19 years old, Tolstoj 34.  Right after the honeymoon,  Tolstoj gave his bride his sexually explicit diary to read.  Not only was she overwhelmed, but Sofia’s dreams were so shattered that it was impossible to glue them together again.

For about 57 years, Sofia, too, kept a diary.  She was a gifted writer and effortlessly created portraits of  Tolstoj and their entourage.  From the diaries we learn that it was Sofia who was responsible for creating a Happy Home for her husband and their numerous children.  Not only did she organize home and finances, she also copied Tolstoj’s manuscripts over and over again as well as oversee their publication.

Sofia’s diaries show just how much her life was dominated by her husband and how she felt stressed out by his demands. His lack of appreciation made her feel lonely and used.  On more than one occasion, she flung herself into the family pond hoping to die and free herself from delusion and depression. 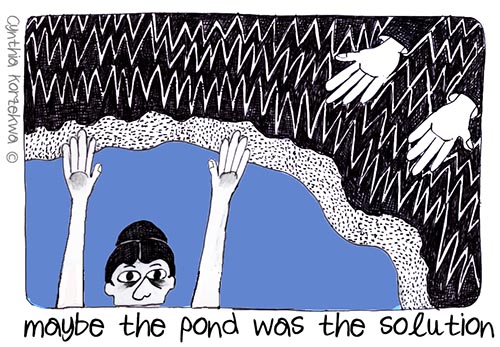 Fame went to Tolstoj’s head. He gave up writing to become a guru attracting a variety of followers.  Some were in good faith, others were simply schemers the most ferocious being Vladimir Chertkov.  Chertkov competed with Sofia for Tolstoj’s affection and consideration.  She truly loved her husband whereas Chertkov wanted to appropriate his guru’s genius for himself.  Chertkov successfully alientated husband and wife and  organized Tolstoj’s departure from the beloved family home he’d shared with his wife of almost 50 years. But the boys’ odyssey was brief ending up in a tiny railway station 80 miles away from home. Tolstoj became gravely ill and when Sofia learned of her husband’s whereabouts, she rushed to be near him.  But his followers prohibited her from visiting her dying husband.

Love is not always fair.

(from The Diary of Luz Corazzini, Cynthia Korzekwa © )

The Storyteller....
View all posts by Art for Housewives →
This entry was posted in Drawings & Paintings, THE DIARY OF LUZ CORRAZZINI and tagged Anna Karenina, ballpoint pen drawing, diaries, Leo Tolstoy, Sofia Tolstoy. Bookmark the permalink.

3 Responses to When love leaves without you