While on Paros, I often spend the afternoons on my balcony sewing while I listen  to lectures on Youtube.  Yesterday I listened to Mental Control of the Energy Fields of the Body by Manly P. Hall.

Manly Palmer Hall (1901 –1990) was a Canadian-born author and mystic. In 1928, at the age of 27, he published The Secret Teachings of All Ages , to this day, one of the most popular introductions to esoteric traditions. However, my interest in Manly Hall is based on his studies re: magnetic fields and not his esoteric teachings per se. And Hall got my attention when he said that “Dreams are sustained by magnetic energies.” But not all magnetic energies are positive.

Here on Paros, I dream much more and with greater intensity. Other city dwellers who spend their summers on the island have told me the same thing. So why is this so? Obviously, feeling more relaxed, one is inclined to sleep better.  But there’s more to it than this.

Anywhere electricity is used, an electromagnetic  field will be created. Exposure to  these fields has a biological effect on human cells.  It also has an effect on the way we sleep.  Exposure to them can deplete our melatonin, essential for a good night’s rest (that’s why bedrooms should be as free as possible of anything electric). Without a doubt, there is much more artificial electromagnetic field activity in Rome, the city where I live most of the time, than there is here on Paros. And, being away from all this electromagnetic frenzy, is the main reason my dreamlife is  now so animated.

Dream mending, basically, is the process of decluttering the surrounding electromagnetic field  so that you can sleep in such a way as to repair and intensify your dream activity.

Why are sleeping and dreaming so important?  In her book, The Twenty-four Hour Mind: The Role of Sleep and Dreaming in Our Emotional Lives,  sleep researcher Rosalind D. Cartwright says that dreaming is a mechanism for regulating negative emotions and that lack of deep sleep can lead to depression.

Dreams are about emotions and, to quote Cartwright: What is carried forward from waking hours into sleep are recent experiences that have an emotional component, often those that were negative in tone but not noticed at the time or not fully resolved.

So, if you don’t sleep, you don’t dream.  And if you don’t dream, you miss out on resolving alot of emotional conflict.  Furthermore, dreams, claims Cartwright: are the result of the interconnectedness of new experience with that already stored in memory networks. But memory is never a precise duplicate of the original; instead, it is a continuing act of creation. Dream images are the product of that creation. 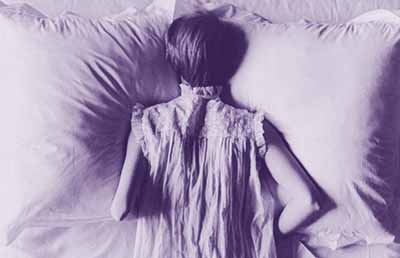 p.s. Wireless, Chemtrails And You, Environmental exposures to artificial EMFs can interact with fundamental biological processes in the human body…Just two minutes on a cell phone, or sitting near a wireless computer router or portable phone cradle, shorts-circuits the electrical ion activity powering the blood-brain barrier.

1 Response to Dream Mending on Paros