Why not wear a bunny around your neck? 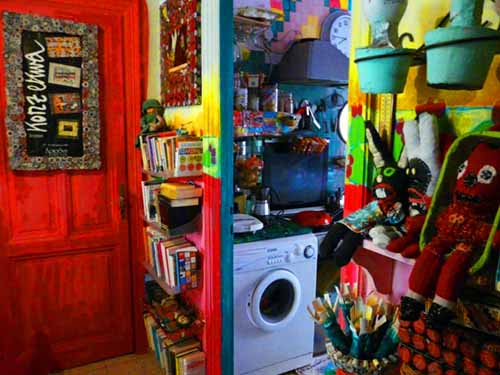 Bunnies in the Studio by Chiara Pilar

A few years ago the world became cartoonish. Women were buying expensive purses with kitty faces on them and pajamas with Minnie Mouse on the front. There was a manga mania and crafters worldwide were making animal softies. People were no longer taken into consideration and what was real was démodé. My drawings have always been fairly aggressive so, to mellow them out a bit, I took advantage of the new animal trend and  started replacing people with bunnies.  And I didn’t stop with the drawings. I also painted and embroidered them. And made tons of sock bunnies.

Recently I’ve been thinking about the practicality of neck purses—small purses that can be worn around the neck and used, for example, when travelling so you can easily have your tickets and passport available.  But neck  purses are also nice for walking.  They are big enough for the essentials like keys and coin purse.  This bunny was made for carrying sketch materials.  There is room for a small sketchbook and space for  pencils in the legs. 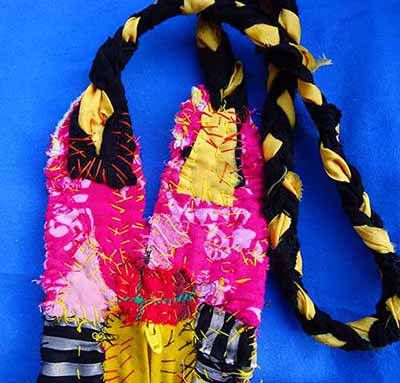 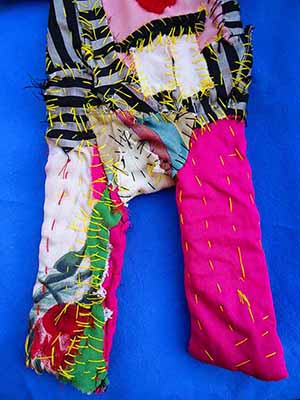 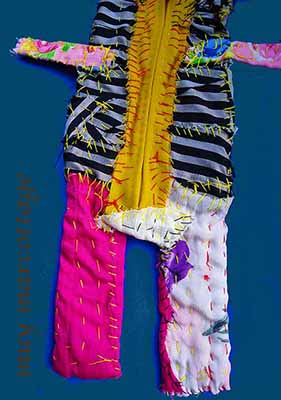 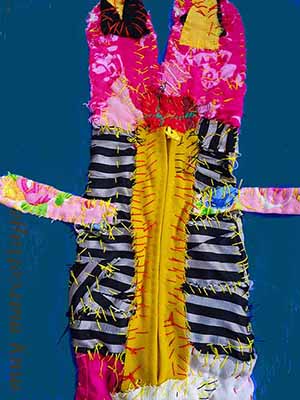