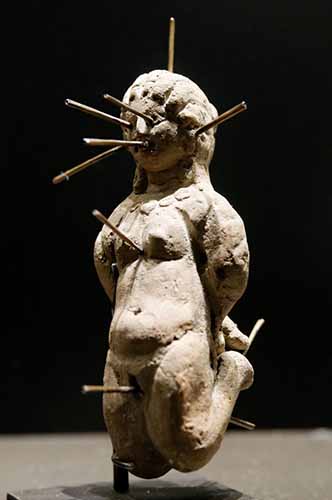 Found in a jar along with an inscribed tablet, this Curse Doll is now at the Louvre.

Voodoo dolls were around even in ancient Greece.  Above is an example of a Curse Doll. Called  by the Greeks, the arms and legs were twisted behind the back, nails pierced them and a name was inscribed on it. The idea was to ask the gods to harm someone.

Similar to Curse Dolls in terms of intention are Curse Tablets.

Above is a  Curse Tablet found in London. Inscription reads: “I curse Tretia Maria and her life and mind and memory and liver and lungs mixed up together, and her words, thoughts and memory; thus may she be unable to speak what things are concealed, nor be able.” 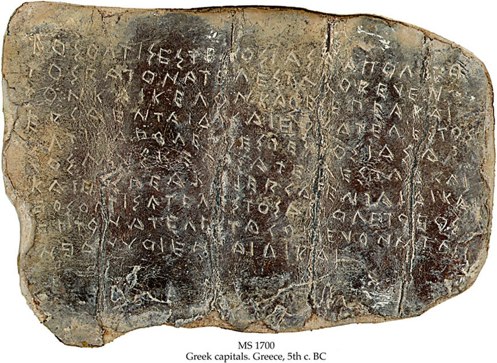 The Storyteller....
View all posts by Art for Housewives →
This entry was posted in Health & Healing and tagged Curse Dolls, Curse Tablet, voodoo doll. Bookmark the permalink.