The danger of diaries

Posted on January 7, 2015 by Art for Housewives

Much has been said about the benefits of keeping a diary. For one, it helps articulate feelings and thus sharpens the blurs. Also, when we get that feeling ”it’s not easy for me to be me”, a diary can act as a confidant eager for our psychological striptease.

I use to keep diaries until an ex-boyfriend stole one of them. The whole experience was a real telenovela. If you keep a diary, there is always that risk that someone, without your permission, will read it. So how can you really write spontaneously?

My bedtime book this week was Erika Robuck’s “Call Me Zelda” about F. Scott Fitzgerald’s wife, the original flapper. I was amazed to learn that Fitzgerald stole Zelda’s diaries and blatantly copied passages from them for his novels. He also had a habit of copying down anything she said he thought he could use for future reference. 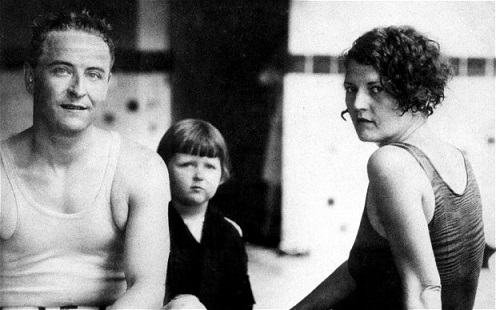 For “Tender is the Night”, Fitzgerald used letters Zelda had sent him while recovering in an asylum. “Tender” is the story of Dick, a psychoanalyst, and Nicole, one of his ex-patients, who marry and unravel. Glamorous and rich, Dick and Nicole have everything yet it’s not enough. Like Zelda and Scott, they are examples of how excess leads to decadence. And of how wanting more leads to having less. 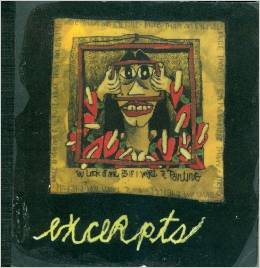 excerpts from my diary pages

“Excerpts” from Diary Pages is a highly edited and illustrated diary that was presented at an exhibition I had at the Canonica Arte Incontro Gallery in Milan (1997). Now I keep notebooks and not diaries!

related links: read TENDER IS THE NIGHT free online + Zelda Wasn’t ‘Crazy’: How What You Don’t Know About Fitzgerald Tells Us Something About ‘Crazy’ Women, Then and Now+ The Legend of Zelda (Sayre Fitzgerald) + Zelda Fitzgerald’s Little-Known Art

The Storyteller....
View all posts by Art for Housewives →
This entry was posted in Drawings & Paintings, People and tagged “Excerpts”, diaries, F. Scott Fitzgerlad, Tender is the Night, Zelda Fitzgerald. Bookmark the permalink.

2 Responses to The danger of diaries