The Diary of Opal Whiteley

Posted on September 23, 2016 by Art for Housewives

“Our imagination is the instrument of knowledge.” Opal Whiteley

Opal claimed to be the daughter of Henri, Prince of Orleans but, after a tragic accident, she was taken to Oregon and adopted by Ed and Lizzie Whiteley. Her new family was poor and she grew up around lumber camps where her father often worked as a lumberjack. Opal’s mother, maybe flustered by Opal’s uncommon behavior, use to beat her. And maybe it’s for this reason that Opal focused on nature.  She studied flora and fauna collecting 1000s of specimens of plants, insects and rocks carefully documenting all of them.  Because of her incredible knowledge of natural history, Opal became known as the “Sunshine Fairy”. Eventually she left home and supported herself by teaching young adults about natural history. 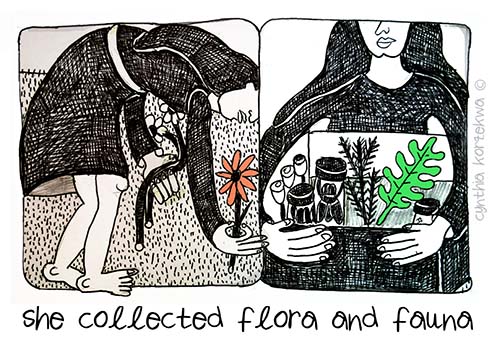 Opal wanted to published a book about nature, The Fairyland Around Us, and met with the publisher of “Atlantic Monthly” who, once he learned that Opal had kept a diary as a child, wanted her diary and not her book.  The diary, written with crayon on found paper such as that of grocery bags, had been torn to pieces by one of her sisters and was now just a bunch of fragments stored in a hat box. Like a puzzle, Opal put the pieces back together after months of work. The reunited diary, featuring a photograph of her with her butterflies, was published and became a huge literary success.

The extremely unusual diary described Opal’s rapport with nature.  She named animals after artists and characters in European novels. Her pig, for example, was called Peter Paul Rubens.  Opal named trees, too. Whenever she was sad, she’d go to her tree, Michael Raphael, for comfort.

But then the accusations began. There were those who said the whole “childhood diary” story was a fraud and that Opal had written it as an adult. And when journalists began writing that Opal had family in Oregon and was not, as she insisted, the daughter of Henri, Prince of Orleans, she was considered wacko and dumped by the public. To escape the torments of all the criticism, Opal began to travel around the world.  For awhile she stayed in India until a scandal surfaced regarding her not so proper relationship with a guru. So she was forced to leave and went to London were she  totally cracked. Found starving and living in a crumbled building surrounded by books, in 1948 Opal was committed to a psychiatric hospital. Subjected to electroshock treatments and probably a lobotomy, if she wasn’t crazy before, she was afterwards. Opal was institutionalized until her death in 1992 at the age of 94. 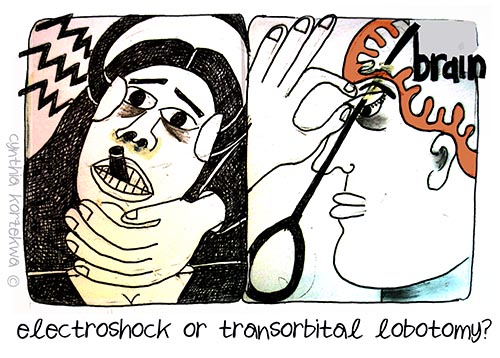 Even today the controversy about Opal continues. Was her story true or was she a schizophrenic who, unhappy with her life, had created an alternative reality.  Or was she a neurodiverse female suffering from Asperger Syndrome?  Or was she simply a victim of shattered dreams?

Opal is buried in London’s Highgate Cemetery not far from the graves of Charles Dickens, Karl Marx, and Samuel Taylor Coleridge.  On her tomb is the inscription: “I spake as a child.” 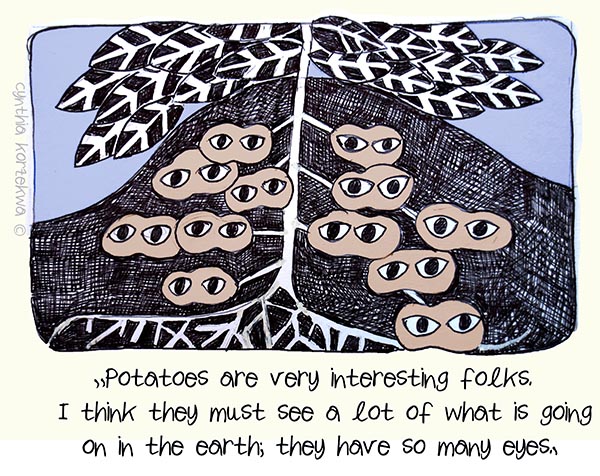 [from THE DIARY OF LUZ CORAZZINI]

The Storyteller....
View all posts by Art for Housewives →
This entry was posted in Books, Drawings & Paintings, Ecofeminism and tagged Archive.org, ballpoint pen drawing, flora and fauna, graphic novel, Opal Whiteley, THE DIARY OF LUZ CORAZZINI. Bookmark the permalink.

5 Responses to The Diary of Opal Whiteley