The Downfall of Lily Bart

Posted on September 26, 2016 by Art for Housewives

The first book Luz reflected on was The House of Mirth. She’d read it one haze-filled summer that smelled of lavender. It was Aix-en-Provence and Luz was checked into a small room with flowered curtains and a quilted spread. She’d arrived by train that afternoon and, exhausted, was  anxious to get into bed to finish her book. 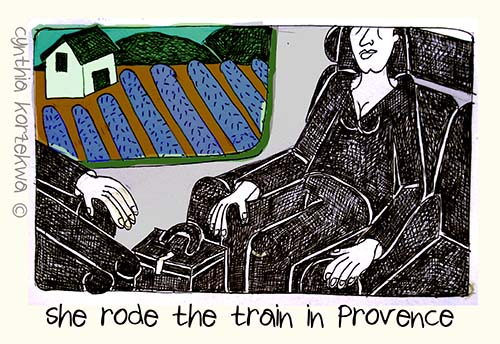 It was the Gilded Age and Lily Bart, 29, had been living with a wealthy aunt since the death of her parents.

An era when women married for money and not for love, Lily was obliged to attend social functions in hopes of finding a potential husband. At the time, tableau vivant parties were quite trendy. At one such party, Lily portrayed herself as Sir Joshua Reynolds’ Mrs. Richard Bennett Lloyd. Dressed in a revealing gown, Lily pretended to be the voluptuous Mrs. Lloyd carving her husband’s name on a tree. Lily had hoped that she would be seen as beautiful and pure instead of an attractive woman desperately trying to find a rich husband—the person she really was.  Lily was stuck in a pose. And this was her downfall. 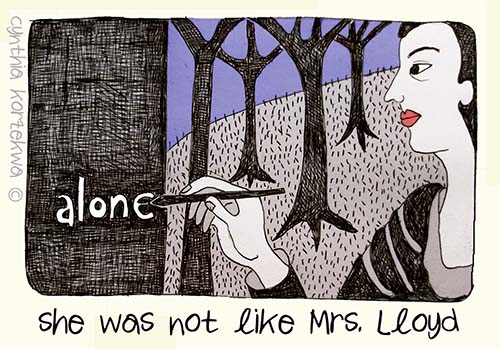 Lily had naively believed that the noblest attitudes could also be the easiest. But it’s the opposite that’s true. Despite her many errors, Lily had tried to live with integrity. And for this, still young and beautiful, she died poor and alone.

The injustice Lily had been subjected to deeply moved Luz. After finishing the book, Luz found her pillow soaked with tears because, in some faint way, Luz identified with the protagonist.

So Luz made a note to make her diary entries more empathic.  Maybe it would help if she tried seeing in others something of herself.

Quotes from The House of Mirth : 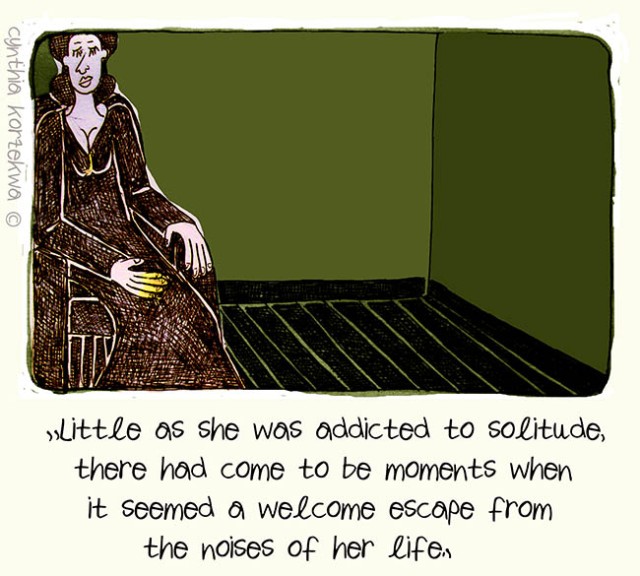 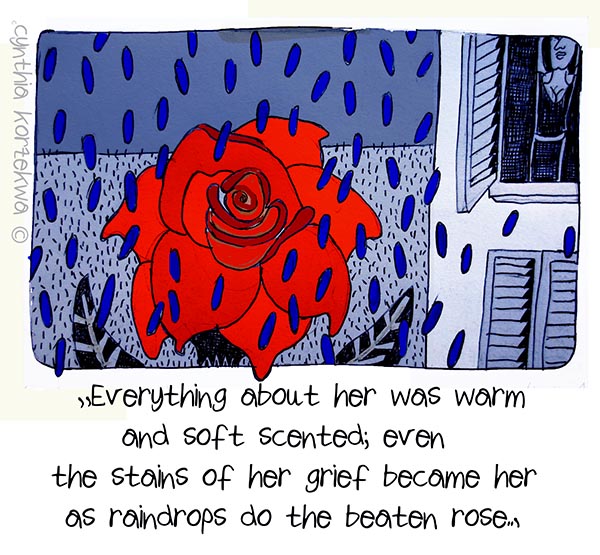 [from THE DIARY OF LUZ CORAZZINI]

The Storyteller....
View all posts by Art for Housewives →
This entry was posted in Books, Drawings & Paintings and tagged ballpoint pen drawing, Lily Bart, Luz Corazzini, THE DIARY OF LUZ CORAZZINI, The House of Mirth. Bookmark the permalink.