A diary provides a means for learning more about yourself because it gives you a place to articulate your feelings. Anchoring these feelings with words facilitates their examination.

A self-awareness diary needs intention and method. One method is that of self-interrogation. If you want to get answers, first you need to know what and how to ask. For those not experts in interrogation, why not consider police methods such as the frequently used John Reid technique.  Based on his many years of experience using the polygraph, Reid’s method suggests that the interrogation take place in a brightly lit small room with white unadorned walls furnished with only a small desk and three chairs, two for the interrogators and the other, very uncomfortable, for the suspect. 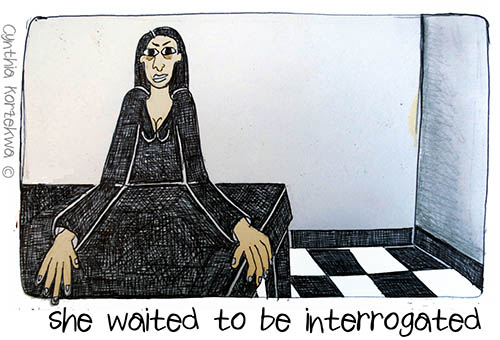 Often the air-conditioning is turned on high, the suspect is not allowed to drink, eat, sleep or leave the room even though the interrogation can last for hours. After much questioning, the interrogators then unexpectedly go away living the suspect in isolation. Physically and mentally stressed out and exhausted, the suspect, even if innocent, is broken down to the point that he will confess to just about anything if he believes it will stop the entire interrogation and let him go home.

Another method is the Kinesic technique which relies much on non-verbal communication.  The interrogator’s aim is to provoke the suspect into “revealing” themselves. So body language and facial expressions are carefully observed.

But two World War II interrogators proved that you really can kill more flies with honey than with vinegar.  One was the Nazi Hanns Joachim Scharff.  Scharff was from a wealthy Prussian family who owned textile mills all over Germany.  Here he became an expert in sales techniques.  But when the war broke out, Scharff serendipitously wound up as an interrogator and was so successful that he became known as the  “Master Interrogator”.  After the war, Scharff became an American citizen and worked on Cinderella’s mosaic mural for Walt Disney. 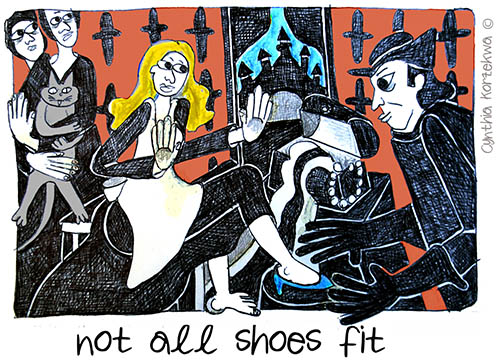 Then there was the American, Sherwood Ford Moran.  Having lived as a missionary in Japan, he was fluent with the language and knew the customs well. Furthermore, he was not in favor of military brutality and stripping people of their dignity. Moran’s technique was that of making the prisoner feel safe and respected. He would begin by asking the prisoner about himself and making the prisoner and his situation the theme of the interrogation and not the war and its needs. Moran would have the prisoner sit in a pleasant room where he provided them with something to eat and cigarettes.  When the prisoner felt relaxed, he would tranquilly answer many of Moran’s seemingly innocent questions.

In his later years, Moran, like Scharff, preferred art to Military Intelligence and wrote articles about Japanese sculpture and Asian artifacts.

* however, it must be noted that confinement alters behavior