A Virus of Lies 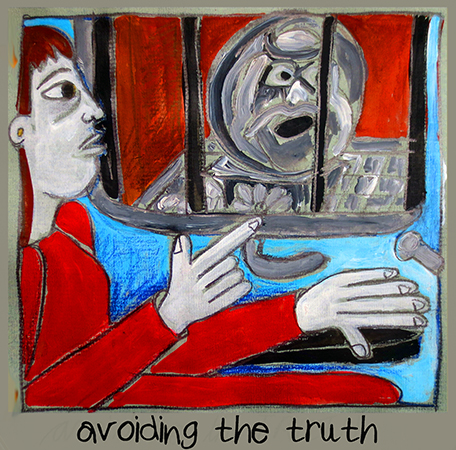 Since 1632, the portico of Santa Maria in Cosmedin has been the home of a large marble mask known as la Bocca della Verità, the Mouth of Truth.

During the Roman Age, it was used as a sewer cover and it’s not clear how it gained its identity as a lie detector. But it has become an important attraction with tourists willing to stand in long lines just to stick their hands inside the dark marble mouth.

At the end of February, on my way to a medical appointment, I passed in front of Santa Maria in Cosmedin. There was an extremely long line of tourists waiting but, exactly one week later,  there was no one. No one at all. The reality of the coronavirus had finally set in.

Too bad a Mouth of Truth doesn’t really exist. It would be very useful to use on politicians and heads of states who are dishonest with the citizens. The main reason the coronavirus has gone out of control is because those in power lied. Their focus was on economics—on money and not on people. They were afraid that they, along with the rest of the elite, would suffer economic repercussions if the truth came out (just look at what happened with the stock market.)

Instead, a leader, if he is really a leader, should, as my mother would say, jack up his backbone and deal with the problem. That’s what leaders are supposed to do. But once the people learn they’ve been lied to, the real problems begin. Because lack of credibility creates chaos and hinders the possibility to arrive at rapid solutions.

Lies can be lethal.

UPDATE: speaking of lies, up until a few days ago, the president of the USA claimed that the coronavirus was a hoax invented by the Democrats. However, on Friday the 13th, he declared a national emergency. How many deaths have his lies caused?    Trump declares national emergency over coronavirus

This Elderly Couple Got Evacuated From The Grand Princess — And Still Can’t Get Tested For The Coronavirus…“We will be testing everyone on the ship,” said Vice President Mike Pence. But some passengers, now under quarantine in California, said their requests for testing have gone nowhere.

The Storyteller....
View all posts by Art for Housewives →
This entry was posted in Art Narratives, Rome/Italy and tagged Bocca della Verità, coronavirus, Living the Lockdown. Bookmark the permalink.