Posted on September 27, 2015 by Art for Housewives 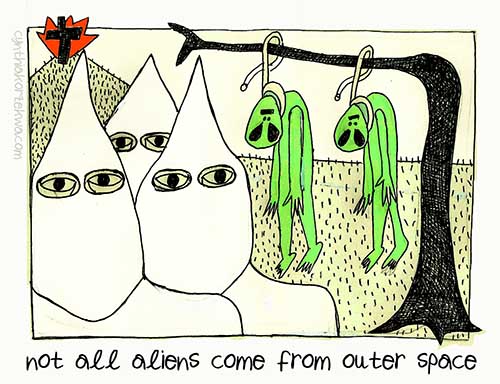 Stephen Hawking believes, based on simple mathematical deductions, that aliens exist. But, hopefully, he says, they won’t  be showing up too soon.  Just think of what happened to the Native Americans after Christopher Columbus landed in America.

But before being afraid of aliens, we should be afraid of certain humans. Especially those who fail to see others as their equals.  Because who alienates his fellow man is the real outsider, the real alien. 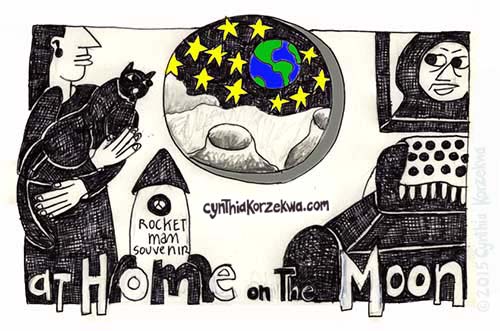 When the astronaut Sultan bin Salman Al Saud returned from his 1984 flight into space, he said: On the first day we all pointed to our countries.  On the third day we pointed to our continents.  By the fifth day, we were aware of only one Earth.

Seeing the Earth from space provokes a cognitive shift in awareness known as the Overview Effect.  When you see how tiny the Earth is just hanging in infinite space shielded only by a paper-thin atmosphere, you recognize its fragility.  Boundaries disappear and, as most astronauts have said, seeing The Big Picture makes you understand that everything on Earth is interconnected.  Thus humanity needs unity and not a hate provoked separatism for its survival.

So why don’t we send the racists to the moon?

2 Responses to The Overview Effect